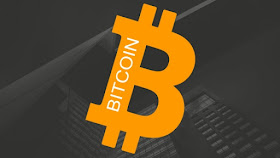 We were looking at ways of keeping out of debt at Christmas in last week's Finance Fridays. This week we are looking at the digital currency bitcoin. It's been around for a number of years now but many people are still unsure what it is about. Recently it has been in the news as its value has soared this year. Let's look at what bitcoin is.

It is a virtual currency invented by the mysterious Satoshi Nakamoto in 2008. It went online in 2009. Bitcoin was designed to be free from any central government control and fees that banks charge. It can be used to make payments and store money which doesn't require any names and can be used anonymously. Being a virtual currency there are no physical notes or coins.

How many bitcoins are there?

The total number of bitcoins that can be created is 21 million. This so the value will not be diluted. At the moment there are around 16.7 million bitcoins in circulation. Each bitcoin is created by computer code. This is why it is also known as a cryptocurrency.

It is used by many companies who need to finance funding projects, invest cash and transfer funds without any fees. As the users remain anonymous it has been liked to criminal activities such as drug dealing, money laundering and tax evasion. When the NHS computers were held to ransom earlier this year the hackers demanded the release fee be paid in bitcoin.

How much is it worth?

Bitcoin is a very volatile currency and some investors have found it too nerve-wracking to continue to keep it. It has been said it is more of a commodity rather than a currency. Whilst some have ended up out of pocket others have been handsomely rewarded. A single unit trading in January was worth £720 but it is now around £8,700. Each unit is infinitely divisible so you can buy just £10 worth of bitcoin at a time.

How can I buy it?

There are number of online exchanges that trade in bitcoin. Alternatively you may opt for dealing direct with sellers either online or in person.

What is bitcoin mining?

The alternative to buying bitcoin is mining for it by cracking complex computer coding. Not only do you need very expensive and powerful computer to do but the energy costs to run the computer are astronomical. As energy costs in China are lower than in Europe it is more popular option there.

Have you thought about buying bitcoin? Is it something you would use?

If you want to join in with this week's Finance Fridays then add your link to the linky below. Any post concerning financial matters is allowed. Full details here. It doesn't have to be published today as you have until 23.55 on Tuesday 12th December 2017 to join in. 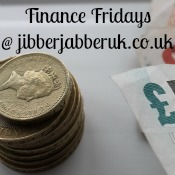 
An InLinkz Link-up
Jibberjabberuk at 01:00