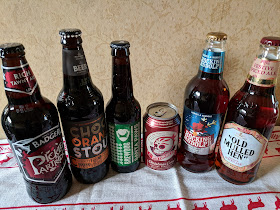 With less than a week to go to Christmas it's time to get your drinks sorted out. As always I've been on the lookout for this year's selection of seasonal real ales, beers and lagers. This year some of the beers I found I have come across before. Each year finding new brews is getting harder and harder. This isn't helped by the fact that in many of the supermarkets I have been to there hasn't been a single Christmas beer on sale. I did see a nice trio of festive beers in a farm shop recently but one of them was featured in last year's guide. Since this gift pack was priced at £15 I decided to leave it on the shelf! Thankfully not all beers have been ridiculously priced so let's have a look at this year's offerings. 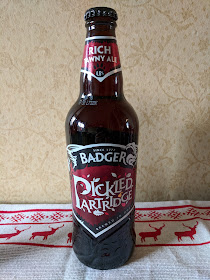 Whether your partridge is in a pear tree or roasted for Christmas dinner this is a beer with a very wintery feel to it. A dark ale with a rich malty aroma combined with hints of fruits and citrus. 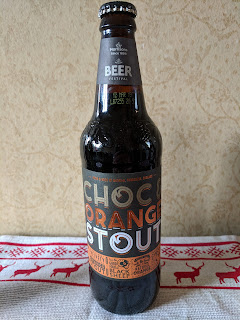 For some people it just isn't Christmas without a chocolate orange. Black Sheep have produced the perfect accompaniment with a foray into the stout market. At 6.1% it's a brew that needs to be savoured. 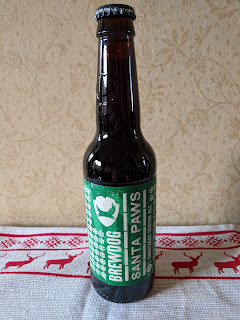 The craft beer specialists have made a Scotch Ale for their bottle of festive cheer. It blends together eight different malts to give a taste of toffee and spices. 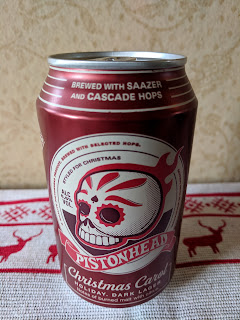 Something a bit different to the usual bottled beer. The Swedish brewery has added a Christmas brew to their range. Rather than a straightforward lager think of somewhere between a Munich Dunkel and an English Porter. 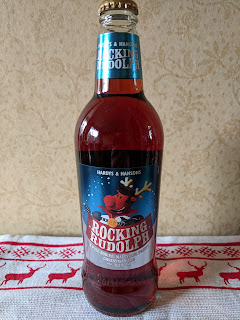 Now part of the Greene King stable Rocking Rudolph is often seen in pubs as the cask ale of choice for December. The beer is dark ruby ale with a heavy malt flavour and fruity spiced liquorice aroma. 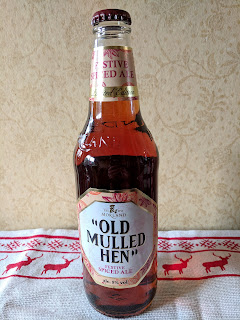 Another one now in the hands of Greene King. Morland it seems has learnt from their mistake of last year when it brought out a Halloween version of their well-known Old Speckled Hen. This was simply the standard Old Speckled Hen with a themed label. For this seasonal special warming spices of cloves, cinnamon and nutmeg have been added for extra flavour.
Jibberjabberuk at 01:00