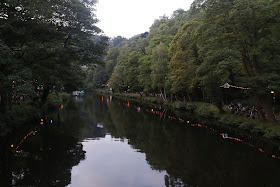 Around the Peak District there are a number of towns which service the needs of the surrounding residential areas and villages. Matlock is one of these with a large supermarket, banks and a range of council offices. Just so you know you are still in the heart of prime Derbyshire tourist country the Peak Rail with its mix of steam and diesel trains terminates here. If you travel out of Matlock on the A6 you will find just down the road the Victorian spa town of Matlock Bath. 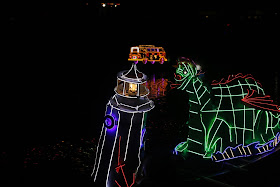 Matlock Bath is like no other place in the Peak District. Suddenly in landlocked Derbyshire you are transported to the seaside with rows of amusements, fish and chip shops (or 'fish bars' as they seem to be branded here) and Victorian styled tea rooms. The popularity of the town lies in the warm springs which were found in 1698. Over the years the popularity of 'taking the waters' rose across the country and a bath house was built in this part of Matlock. Five years before she became queen a very young Princess Victoria of York visited Matlock Bath and confirmed it as the destination of choice for the fashionable Victorian traveller. 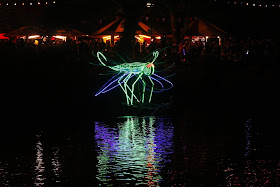 In lieu of sea and a beach Matlock Bath has the River Derwent running through it. One of the memories Princess Victoria had of her visit was of the candle lights twinkling in the River Derwent as she looked out of her hotel room. As part of the nationwide Diamond Jubilee celebrations in 1897 the town decided to organise a torchlight procession with Japanese and Chinese lanterns. This was followed by illuminated boats on the river lit by candle lights. 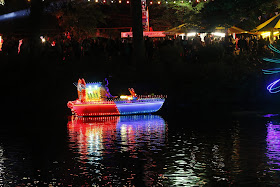 Such was the success of these celebrations that the next year a Venetian Fete was held in Matlock Bath. Realising the tourist potential of the event trades people around Matlock Bath gave donations in order to purchase coloured glass lanterns that were used to decorate some of the picturesque walks and gardens around the town. This was held on the first Saturday in September. 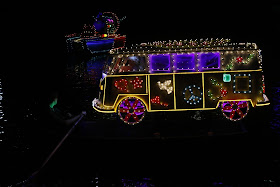 The event was expanded again in 1899 with another 2,500 lamps being bought. Instead of just one Saturday the event was held on the first two Saturdays in September. For some now unknown reason the event was never held in 1901 and 1902 but it was resurrected in 1903 when a new committee took over. The Arkwright Cup was donated by Sir Richard Arkwright in this year and was presented to the best decorated boat. It is still awarded to this day with this year's winner being a VW Camper Van. 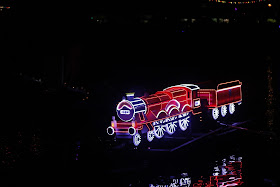 Over the years the event has had some ups and downs. For the three years before the Second World War the bad weather in September meant the event was a flop and the organising committee ended up with no money. As with many things the event was completely cancelled during the War. As so many people had remembered the event before the War a new committee was set up and in 1950 the event had its first use of electricity. 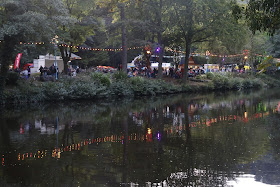 By 1952 the full potential of the event was seen with the Matlock Urban District Council allowing paths and walkways to be used for the event. Instead of one or two nights the celebrations were extended to six weeks. As an inland rival to Blackpool's lights the big switch-on of each year's illuminations became extremely popular and during the 1970s and early 1980s a celebrity was invited to perform the switch-on. Sadly the 1983 event was a washout and the company organising the event was wound-up. The next year the Derbyshire Dales District Council took over the running it. Now the main boat parade is a ticketed event in the Derwent Gardens however this means they aim to run event at no extra cost to the local council taxpayers but giving the local economy a big boost.


Each year there is still one boat lit by candles in tribute to that very first event 119 years ago. This year the theme was 'Floating in a peculiar way' with a boat having a tribute to David Bowie. The Matlock Bath Illuminations and Boat Parade run each Saturday and Sunday night until Saturday 29th October 2016.